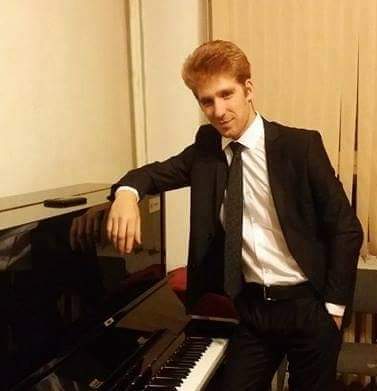 Branimir Nedkov Georgiev, baritone, was born on June 17, 1991, in the city of Burgas. In 2010 he graduated from NUMSI "Prof. Pancho Vladigerov "- Burgas with a degree in" classical singing ". In 2014 he graduated from the NMA "Prof. Pancho Vladigerov ” - Sofia, majoring in“ classical singing ”in the class of Prof. Ilka Popova. Since 2019 he has been working at the State Opera - Burgas as an Artist - Soloist. His repertoire includes

Count Almaviva from the opera "The Marriage of Figaro" - WA Mozart;

Papageno from the opera "The Magic Flute" - W.A.Mozart;

Agamemnon from the opera "The Beautiful Elena" - Jacques Offenbach;

Bill Colhoun from the musical "Kiss Me, Kate" - Cole Porter;

Papakoda from the operetta "One Night in Venice" - Johann Strauss;

The red cat from the children's opera "Alice in Wonderland" - Alexander Yosifov;