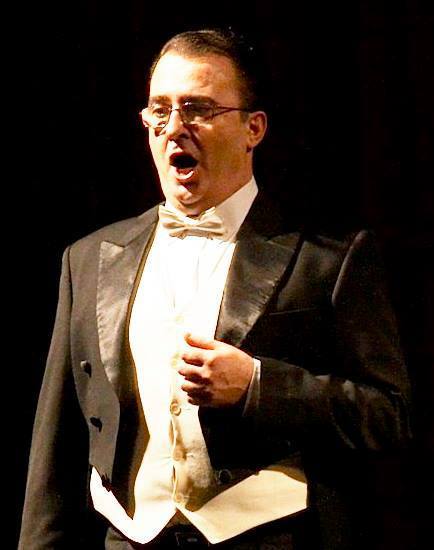 He graduated from SMU "Lyubomir Pipkov" - Sofia, majoring in "singing", and then - FTA "Prof. Pancho Vladigerov ”- Sofia, Vocal Faculty, in the class of Prof. Iliya Yosifov. He also studied with Nikola Nikolov and the baritone Sabin Markov. His last vocal pedagogue is Gena Dimitrova. His first performances were in small roles at the Sofia Opera and Ballet. His debut in a central role was as a student in the role of Georges Germont in the opera "La Traviata", staged by the State Opera - Plovdiv. Since then, his repertoire has grown by seventy roles. Audiences know him as Rigoletto, Nabucco and Falstaff from the operas of the same name, as well as Iago in Othello, Count di Luna in The Troubadour, Renato in The Masked Ball, Marquis Pose in Don Carlos, Don Carlo in "Hernani", don Carlo in "The Power of Fate" by Verdi, in Puccini's operas - Baron Scarpia in "Tosca", Sharples in "Madame Butterfly", Ping in "Turandot", Lesko in "Manon Lesko", Marcel in " Bohemia, his repertoire in Rossini's operas includes Figaro in The Barber of Seville, Tadeo in The Italian in Algeria; in Leoncavallo's opera The Clowns he also played the roles of Tonio and Silvio. In Mozart's operas he is known as Don Juan, Alfio in Rural Honor, in Hoffmann's Tales he has performed Lindorf, Kopelius, Da Pertuto and Dr. Miracle, in Donizetti's operas he is Enrico in Lucia di Lammermoor, Malatesta in Don Pasquale. Performer of cantata and oratorio works - "Carmina Burana" by Carl Orff, "Requiem" by Mozart, "Symphony №9" by Beethoven and others. Long-term soloist of the Sofia Opera and Ballet. Since 2008 he has been a soloist at the State Opera - Burgas. He has toured throughout Europe, America, Japan, Korea, Morocco, Algeria.

Winner of the Golden Pen Award for achievements on the occasion of the Day of Slavic Literature and Culture.