Born in 1950 in the town of Tryavna. At the age of 9, he began to play the violin. Later he switched to viola because he wanted to form a quartet, and no one in the city knew this instrument.

He graduated from the Secondary Music School with a degree in Viola, Prof. Veselin Stoyanov ”in Ruse. He studied for two years at the Bulgarian State Conservatory/today the National Academy of Music - Sofia, Faculty of Theory, viola with Prof. Alexander Neynski, and choral conducting with Prof. Vasil Arnaudov.

Since 1971 he has been studying Opera and Symphony Conducting as a student of the professors: Sherman, Robinovich, Arvid, and Maris Jansons, at the State Conservatory “N. A. Korsakov ”, St. Petersburg, Russia, graduating in 1976 as a graduate. His graduation performance of Mozart's opera The Marriage of Figaro was filmed by Soviet television in Moscow.

During his studies, he worked for one season at the Leningrad Theater of Musical Comedy - Opera, with which he toured in cities of Russia and Estonia, and taught at the Institute of Theater, Music, and Cinema.

His military service took place in SHPZO - Vratsa, and then as a conductor of the Representative Ensemble of BNA - Sofia. As a soldier, he started working at the State Opera - Burgas, where he was appointed, after his dismissal from the army, in 1978.

There he staged the operas "The Magic Flute" and "The Wedding of Figaro" by Mozart, "Rigoletto" and "Othello" by Verdi, "Porgy and Bess" by Gershwin, "Village Honor" by Maskani, and the ballets "The Three-Topped Hat" by Manuel De Faia and "Romeo and Juliet" by Sergei Prokofiev.

In 1985 he moved to the State Philharmonic - Burgas, where he was, successively, conductor, chief artistic director and director. Enriches the orchestra's repertoire with works by Bruckner, Mahler / all symphonies, including the spectacular Eighth Symphony - with two orchestras, five people, and eight soloists - all over 320 people /, Onager, Bartok, Stravinsky, Prokofiev, and others.

When the OFD was established, in 1999 he was its music director, after its dissolution and transformation, in 2008 - the conductor was the chief conductor of the Opera. For a short time, he worked in OFD - Ruse.

In 1979 he was a semi-finalist in the competition of the Herbert von Karajan Foundation in West Berlin, and in 1980 he was a laureate and winner of the Grande Prix in the name of Bella Bartok from the Third International Competition for Conductors of Hungarian Television in Budapest. The following year he starred in a film dedicated to the 100th anniversary of the composer, produced by television in the United States, Canada, and Hungary.

Works at the National Opera Theaters in Sofia, Prague, Budapest, Belgrade, and Skopje, as well as with the National Symphony Orchestras and Philharmonic Orchestras in Sofia, Bratislava / Slovenia /, Cairo / Egypt /, Havana / Cuba /, Nicosia / Cyprus /, the Orchestra of Czech Radio in Prague, the Presidential Orchestra in Ankara / Turkey /, the State Orchestra in Thessaloniki / Greece /.

From 1999 to 2001 he was the conductor of the State Opera in Izmir / Turkey /, with which he participated in the festival in Aspendos. At the same time, he conducted the Mersin Opera.

In 2005 he worked in the Prima La Musika orchestra in Ghent / Belgium /, with which he participated in the Flemish Festival.

Since 1997 he has been regularly conducting the two orchestras of the State Philharmonic “D. D. Shostakovich ”in St. Petersburg, with whom he toured in various cities in Russia.

With the Burgas Philharmonic Orchestra he visited France and, repeatedly, Italy and Spain, and with the Opera - in Germany and Switzerland, with the operas "Troubadour", "Othello", "Falstaff" and Quattro Pezzi Sacri by Verdi, and at the festival on the island Rhodes - Greece with Beethoven's Ninth Symphony and Verdi's Requiem.

In Spain, he toured at the head of the Plovdiv Philharmonic, and in Italy - with the Plovdiv Opera / "Aida" by Verdi /.

Together with Arts Academy - Rome conducts conducting courses in Burgas and Anzio, Italy.

In 2005 he worked in the Prima la Musika orchestra in Ghent / Belgium /, with which he participated in the Flemish Festival.

He has conducted a New Chamber Ensemble in Camerata classica, Sofia, with which he recorded a series of CDs for DIVERRIMENTO - Vienna.

He recorded film music for SIF - 309 in the First Studio of the Bulgarian National Radio - Sofia and for Digital Records - Rome, with the London Symphony Orchestra in the famous Abbey Road studio in London.

Holder of the Order of Cyril and Methodius - II degree, three Golden Lyres, and Crystal Lyre of CMTDB for the production of "Countess Maritsa" in DMT "Stefan Makedonski".

One of the most emblematic representatives of the modern Bulgarian conducting school, known as a conductor with high musical culture and respected for his unique conducting technique.
He graduated from the Bulgarian State Conservatory in Sofia in the class of Prof. Konstantin Iliev. From 1970 to 1971, as a young conductor, he took a master class in analysis, composition and aesthetics with Prof. Olivier Messaye at the Paris Conservatory. In 1966 he began as a conductor of the Varna Philharmonic. In 1977 he was artistic director and chief conductor of the Burgas Philharmonic. At the beginning of 1981, he became conductor of the Sofia Philharmonic Orchestra, and at the same time, he was chief conductor of the Tolbuhin Chamber Orchestra, which under his skilful baton managed to win the name of one of the best chamber ensembles in Bulgaria. From 1997 to 1999 he was artistic director and chief conductor of the Varna Philharmonic. Meanwhile, Maestro Dafov leads a master class with H. Faberman (USA). From November 2000 to May 2002 he was director and conductor of the Sofia Philharmonic. Known as a conductor in France, Italy, Russia, Switzerland, Romania, Spain, Poland, Hungary. He makes recordings for BNT and BNR, as well as for French and Swedish radio and Spanish television. He is the author of three symphonies, "Morning Music and Serenades" (for string orchestra), "In profile and full-face" (for large symphony orchestra), vocal music for instrumental chamber ensembles, theatre music.

Tsanislav Petkov is only 31 years old but has an enviable career as a conductor. Born in Ruse in a family of pianists. He completed his secondary education with a degree in piano at NUMSI "Prof. Pancho Vladigerov ”- Burgas in the class of Julia Nenova. In 2015 he graduated from NMA "Prof. Pancho Vladigerov ”with a degree in opera and symphony conducting in the class of Prof. Plamen Djurov and Assoc. Prof. Dr. Georgi Patrikov. He has conducted many projects as a student, and his debut was as a conductor of the Academic Symphony Orchestra. He was the conductor of the orchestra of the National Musical Theater "Stefan Makedonski" - Sofia.
From the same year until today he is chief artistic director and conductor of the Chamber Orchestra - Haskovo, and since 2017 he is conductor at the State Opera - Burgas. It partners with a number of orchestras in Bulgaria, including the Sofia Philharmonic, the European Youth Symphony Orchestra "Progressive", the Symphony Orchestra - Sliven, the Symphony Orchestra in Vratsa and Vidin, the Chamber Orchestra "Dianopolis" - Yambol, and some of the most Bulgarian solos Svetlin Rusev, Vesko Eshkenazi, Mila Georgieva, Stoyka Milanova and others. In 2020 he graduated from AMTII "Prof. Asen Diamandiev ”- Plovdiv, majoring in Art Management.

Nevena MIHAYLOVA has been playing the violin since she was six years old. He graduated from the High School of Music - Burgas with a degree in violin in the class of Lyudmila Ivanova. He graduated from the theoretical faculty of the Bulgarian State Conservatory. She is a student of Prof. Vasil Arnaudov and Prof. Stoyan Kralev in choral conducting. After graduating from university he started working at the Choir School "Dobri Chintulov" - Sliven as a conductor. The chief conductor of the Choral School at that time was Academician Metodiy Grigorov. With separate formations of the school Nevena Mihailova has taken part as a conductor in concerts both at home and abroad. In the academic year 1987-1988 she was a lecturer at SMU "Pancho Vladigerov" - Burgas. Since 1988 she has been accepted as a chorister artist at the State Opera - Burgas. Later she became a tutor of the women's choir. Since 2011 Nevena Mihailova has been a choir conductor at the State Opera - Burgas.
Apart from conducting as a choir conductor, she has also performed solo parts - Second Lady from Mozart's The Magic Flute, Cho-cho-san's mother from Madame Butterfly. She also took part in the children's titles in the opera's repertoire, Baba Tzotzolana from the performance "Patilantsi" by Alexander Yosifov, the grandmother-narrator from the performance "The Four Twins" by Georgi Kostov, in the Quartet of Gossips from "Bulgarians of Old Times". In 2016, Nevena Mihailova was awarded a Diploma and Pennant of the Municipality of Burgas for high achievements in the field of classical music. In 2020 she was awarded the special prize of the Municipality of Burgas, traditionally awarded on May 24 for special services in the field of culture. 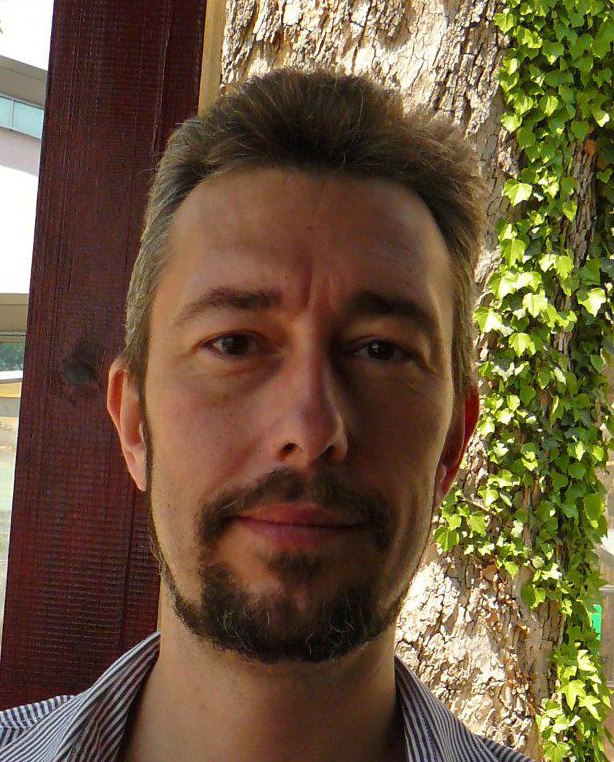 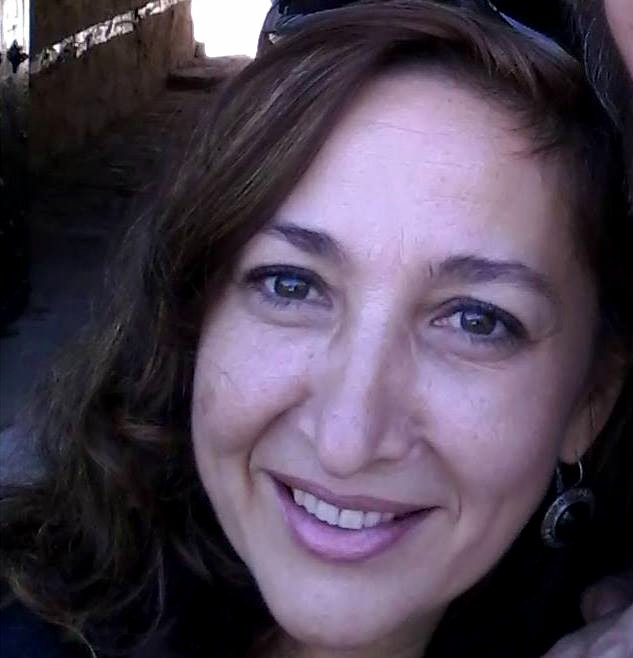