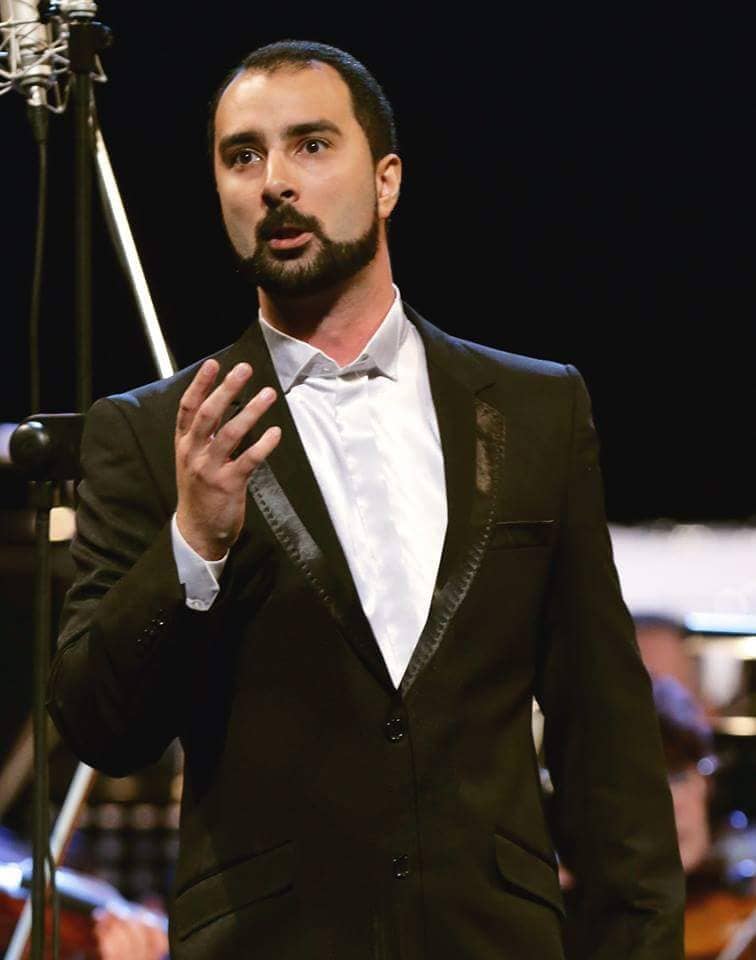 He graduated from the vocal faculty of NMA "Prof. Pancho Vladigerov ”with classical singing in the class of Prof. Ilka Popova. Before and after graduation he received awards from national and international competitions - first prize in the competition "Svetoslav Obretenov", third prize in the International Competition for Young Opera Performers "Elena Nikolai". He made his debut on the stage of the State Opera - Varna in "The Barber of Seville" in 2010, and during the same stage he played the role of Colin in "Bohemia" at the Sofia Opera and Ballet. Frequent guest of the Sofia Opera and Ballet, Sofia Philharmonic, opera houses in Varna, Stara Zagora, Plovdiv and Burgas. He has performed on foreign opera stages such as the Auditorio Nacional in Madrid and the Bunka Kaikan in Tokyo. Participant in the master classes of Raina Kabaivanska in the period 2010-2016. For three consecutive years she won scholarships to study in Siena and Modena, Italy. Participates in the concert "Stars of the Opera" at the National Palace of Culture, dedicated to the 80th anniversary of Raina Kabaivanska.