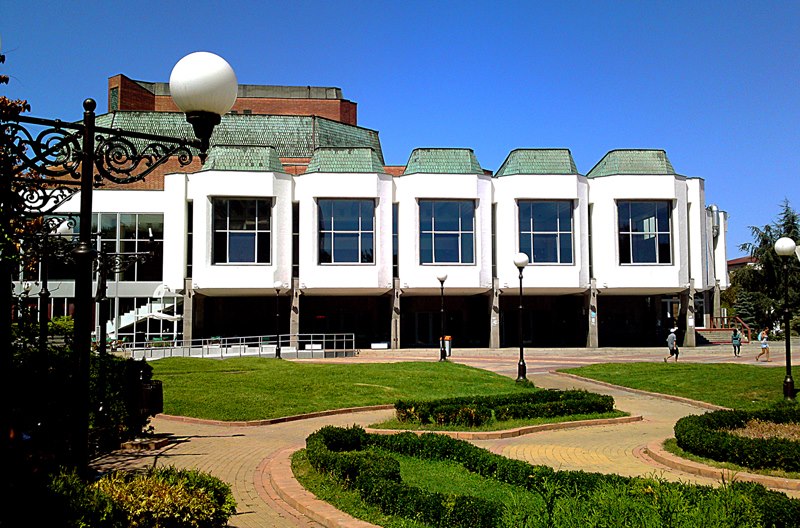 As a state institute, the Burgas Philharmonic has existed since 1947. Its first conductors are Dimitar Karadjov, Vasil Lolov, Nevin Mihalev, and Dimitar Karagiozov. A particularly important stage in the development of the orchestra is the period from 1960 to 1976 when its chief conductor was Prof. Ivan Wolpe.

Then, along with its numerical growth, the Burgas Philharmonic Orchestra raised its professional growth and won the name of one of the most prominent Bulgarian orchestras.

The following are the years in which the principal conductors of the Philharmonic are one of the most iconic conductors of Bulgaria: Jordan Dafov, Vasil Stefanov, Ruslan Raychev, Mihail Angelov. The orchestra creates an extremely rich repertoire, incorporating the most extensive works of world classics.

For the first time, almost all the works of Bulgarian composers are performed. In 1987, Ivan Kozhuharov became the chief conductor of the orchestra, and a new generation of young conductors joined the conductor panel, along with the doyen Prof. Vladi Simeonov, Prof. Sasha Popov, Prof. Konstantin Iliev, Dobrin Petkov, and others.

Over the years, guest conductors in Burgas have hosted musicians of the rank of Cyril Kondrashin, Antonello Gotto, Sir David Lloyd Jones, Richard Oistrakh, Ruggiero Ritchie, Emil Tabakov, Emil Chakarov, etc., and as guest soloist, many musicians size: Rudolf Kehrer, Yoho Sato, Lumobir Angelov, Vesko Eshkenazi, Milcho Leviev, Yovcho Krushev and many others. and others The opera part of the Company has been state-owned since 1972, but as early as 1955 the foundations of the amateur opera were laid. On June 25, 1955, for the first time in Burgas, the veil for the magnificent "La Traviata" by Verdi was raised - a work of a group of music, theater and public figures from the city and the directors: Vasil Lolov - conductor; Stefan Gudularov - director, and Konstantin Jedrov - artist.

Up to the year of its nationalization on the stage of Burgas, 36 productions of operas, operettas, and ballets of classical and modern times were performed. The first director of the State Opera in Burgas was Lilyana Zhablenska, and in the following years of her professional development and recognition were enrolled the names of a whole galaxy of talented conductors, directors, choir directors, choreographers, scenographers and artists. On the stage of the Burgas Opera, many famous Bulgarian singers who have gained international fame have started their journey.

The first solo ballet production of the theater was "Rivals" by Hertel and was performed in 1958. The prominent Bulgarian ballet artists Lyuba Kolchakova and Dimo ​​Vrubel undoubtedly made a major contribution to the growth of the young and talented ballet company.

There are numerous performances of the ballet staff in the opera and operetta performances of the theater but over the years its independent performances: "Sheherazade", "Bakhchisarai Fountain", "Swan Lake", "Nestinarka", "The Nutcracker" and others. mark the way of the ascending development of the Burgas Ballet Company with original, unique and highly professional choreographic handwriting.

The mixed choir in Burgas was formed in 1972 when the Bourgas Opera became a state music institute. The choir at the Opera and Philharmonic Society - Burgas participates in the realization of operas, operettas, and children's performances.